In this paper, we develop formulation of a multiobjective optimization problem (MOOP) to optimally size a battery unit (BU)-ultracapacitor (UC) hybrid energy storage system (HESS) for plug-in electric vehicle (EV). In this application, the objectives were to minimize cost, weight, volume of the HESS simultaneously maximizing the remaining cycle life of the BU at the end of the driving cycle. The MOOP is solved by the Non-dominated Sorting Genetic Algorithm type 2 (NSGA-II) algorithm. Detailed mathematical models for the BU and UC are given. The thermal effect on performance and sizing are also included in the formulation. The power demand by the EV powertrain is shared amongst the BU and HESS by two methods: first is by using wavelet transformation (WT), while the second is by using power split ratio. The ratio of the power (i.e. power split) handled by each storage unit was determined by the optimizer. A sensitivity analysis was conducted for the power splitting ratio verification. The problem was solved for using the Urban Dynamometer Driving Schedule (UDDS) and the Highway Fuel Economy Test (HFET) driving profiles. This has resulted in sizing of a HESS with lower cost, volume and weight than those existing in literature. Finally, the effect of changing the motor type on the MOOP result was investigated. 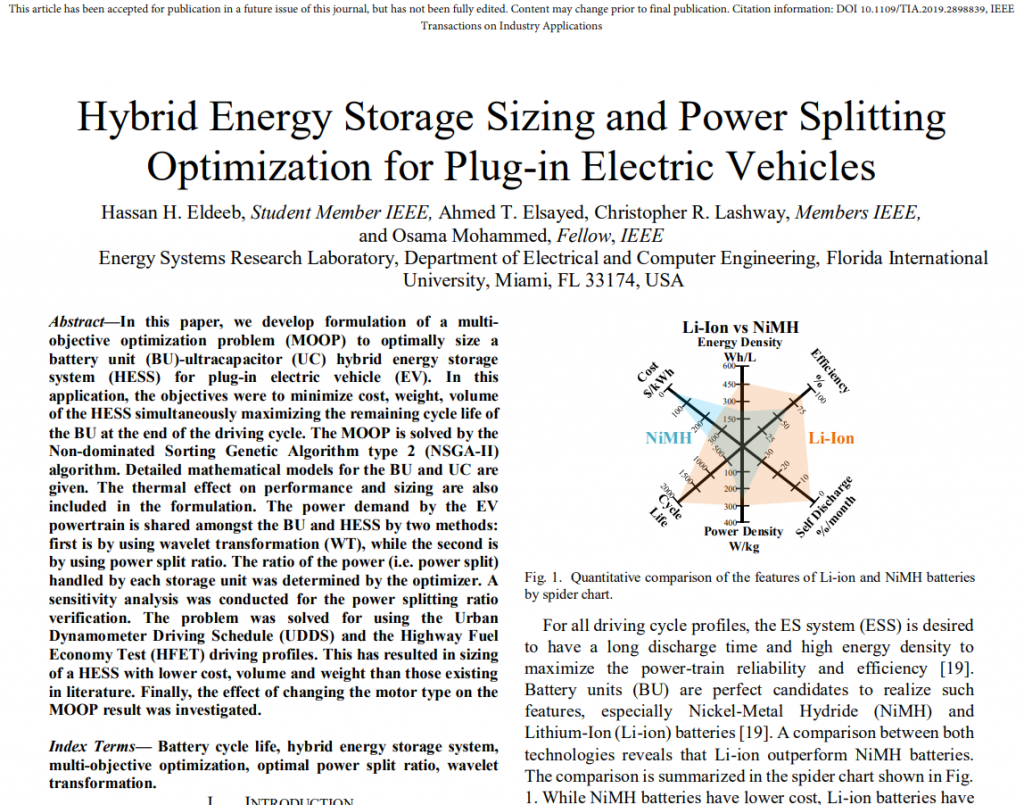