You are at:Home»Alumni»Dr. Mustafa Farhadi
By Website Admin on July 27, 2016 Alumni

Currently working as a Manufacturing Test Engineer at Tesla Motors

Dr. Mustafa Farhadi who graduated with a PhD in Electrical Engineering  under the supervision of his major advisor, Professor Osama Mohammed at the Energy Systems Research Laboratory, ECE Department. He has been employed as a Post-Doctoral Research Fellow at the same laboratory upon the completion of his PhD.

As a Manufacturing Test Engineer, Mustafa will work to develop high power electronic test equipment along with several manufacturing test peers. He will create a robust system architecture for TESLA to support the concept, and then complete the detailed design of the necessary electrical panels and equipment racks before completing development of automated test system.

Tesla Motors www.teslamotors.com is a an aggressive, publicly traded company that is making advanced electric vehicles, batteries, and drive systems a reality and working to change the future of the transportation industry. Tesla Motors designs and sells high-performance, highly efficient electric vehicles.  Their cars combine style, acceleration, and handling with advanced technologies that make them among the quickest and the most energy efficient cars on the road. 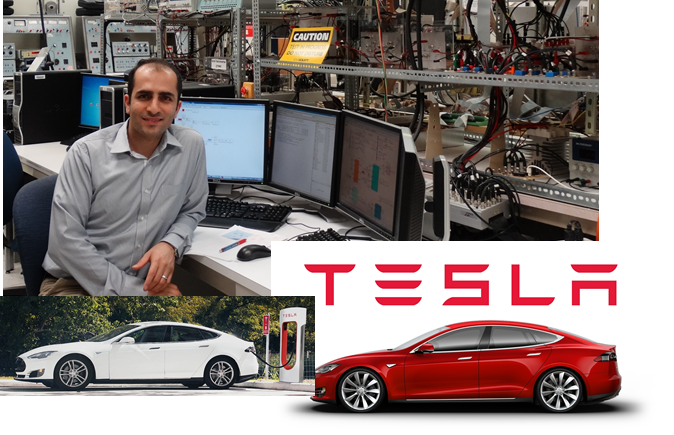 As an outstanding researcher who has completed groundbreaking research projects, he was recognized as a Worlds Ahead Graduate by Florida International University and was recognized by President Rosenberg during the Spring commencement in April 2016.Mustafa was also selected as an Outstanding Doctoral Graduate by FIU, College of Engineering and Computing during the order of the Engineer in Spring 2016.