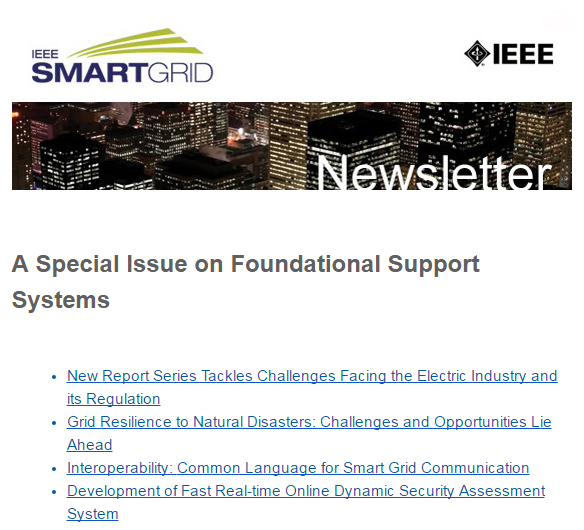 The Integration of a variety of systems governed by different regulations and owned by different entities in the smart grid environment introduces an interoperability challenge. There is a lack for common data modeling in all levels of smart grid applications. Moreover, newly developed protocols and communication standards should take into consideration the interoperability of previously deployed equipment and existing power system communication protocols.

Interoperability is the ability of two or more devices to exchange information and work together in a system. This is achieved using published objects and data definitions, standard commands and protocols. As communication and information technologies emerge in power systems, smart devices/systems need to leverage realistic and scalable field deployment. The interdisciplinary structure of the smart grid concept requires heterogeneous devices with different capabilities to cooperate together to achieve global and local control objectives through real-time information handling and data interoperability of the cyber-physical component.

The importance of common interoperability information can be illustrated by an example. The traditional electric utility service mechanism is undergoing continuous changes with the increased penetration of utility independent autonomous private microgrids. The major social and behavioral challenge is the integration of producer-consumers (prosumers) by providing incentives in the decision-making process. Prosumers must be equipped with an information framework and be aware about the consequences of their actions, in order to create distributed control architecture similar to social networks in order to achieve higher quality management.

The National Institute of Standards and Technology (NIST) defined a framework and roadmap for major goals to establish interoperability standards and protocols for the smart grid. According to a recently published release, it is believed that identification of smart grid standards need to be accelerated. A robust smart grid interoperability panel should be established and a conformity testing and certification infrastructure needs to be created.

The scope of the shared information can be very large and covers a wide range of power system practices and services. Future smart grid applications will require phasor measurement units, intelligent electronic devices, programmable logic controllers and smart meters to maintain the system operation. It is imperative to provide accessible information between these devices and platforms with a common communication pattern. The lack of interoperability between smart devices hinders a successful implementation of an open and fully functional smart grid in all domains.

The existing leading interoperability solutions for smart grid are Common Information Model (CIM) (IEC 61970, IEC 61968 and IEC 62325) and IEC 61850. These protocols allow standardized definitions of message content with a high fidelity model of the physical electrical grid. IEC 61970 series define the necessary CIM classes and attributes for the exchange of network models between transmission operator organizations. IEC 61968 series defines application components for utilities to manage distribution networks. IEC 62325 series was developed to integrate and establish a common framework among market participants, aggregators and system operators. IEC 61850 is also a new international standard enabling integration all substation functions, such as protection, control, measurement and monitoring. However, IEC 61850 expands the area of influence in many parts of power system due to its wide acceptance in industry. Communication systems for hydroelectric power plants and distributed energy resources (DERs) have been recently applied as IEC 61850 extension standards.

The IEC 61850 series of standards provides fundamental device-level data models. On the other hand, the CIM series of standards provide the system-level information models and information exchange messages. The advent of smart grid interoperability efforts led the initiative of Open Field Message Bus (OpenFMB) to come up with a common framework including internet protocol and Internet of Things (IoT) messaging protocols. The major motivation is to establish a scalable peer-to-peer publish/subscribe architecture with a data-centric communication including support for a harmonized system and device data.

The smart grid interoperability requirements are clear. All stakeholders need to use commonly agreed upon compatible data exchange formats for fully integrated framework. The power system framework must operate together not just across the technical domains of the smart grid but across stakeholder communities in enterprises not part of the existing utility industry. The future challenges include expanding the CIM base use cases and IEC library to provide an ongoing definition of information models and information exchange requirements. Another dilemma is to select the most efficient one and it is not clear yet which standards will edge ahead.

Mehmet Hazar Cintuglu is currently pursuing a Ph.D. degree from the Energy Systems Research Laboratory at Florida International University. From 2009 to 2011, he was a power systems project engineer at an electric utility company in Turkey. His current research interests include multi-agent systems, distributed con-trol, cyber physical systems for active distribution networks and microgrids. He received B.S. and M.S. degrees in electrical engineering from Gazi University, Ankara, Turkey, in 2008 and 2011, respectively.

Osama Mohammed, IEEE Fellow, is Professor of Electrical Engineering and Director of the Energy Systems Research Laboratory at Florida International University, Miami, Florida. He has performed research on various topics in power and energy systems in addition to design optimization and physics passed modeling in electric drive systems and other low-frequency environments. Professor Mohammed is a world renowned leader in electrical energy systems. He has performed research in the area of electromagnetic signature, wideband gap devices and switching, and ship power systems modeling and analysis. He has current active research projects for several federal agencies and has published more than 450 articles in refereed journals and other IEEE refereed International con-ference records. He also authored a book and several book chapters. Professor Mohammed is an elected Fellow of the Applied Computational Elec-tromagnetic Society and is the recipient of the prestigious IEEE Power & Energy Society Cyril Veinott electromechanical energy conversion award and the 2012 outstanding research award from Florida International University. He received his master and doctoral degrees in electrical engineering from Virginia Tech in 1981 and 1983, respectively.