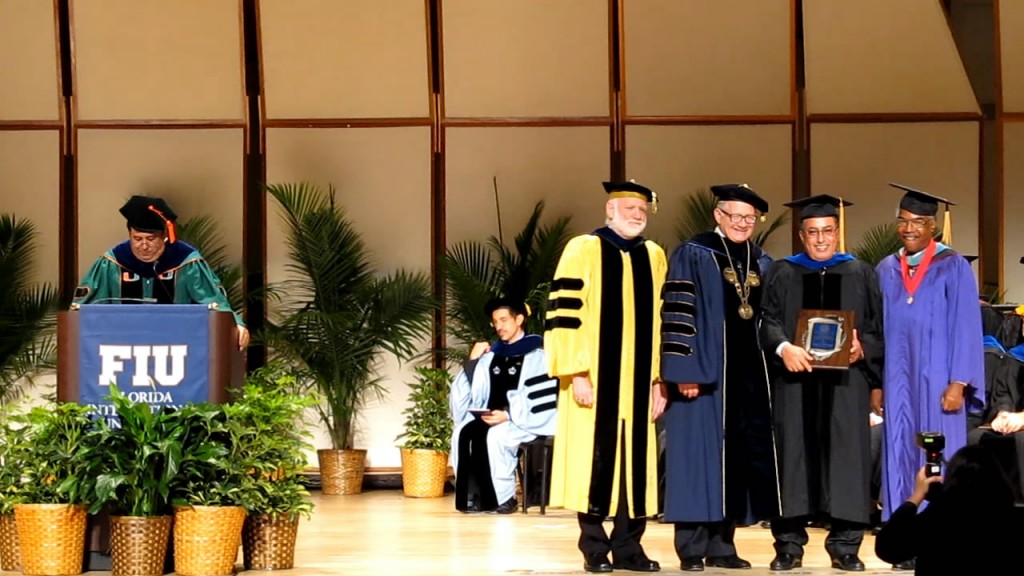 His nomination documents for this award indicated that Professor Mohammed has been consistently one of the most productive Professor in research and scholarly accomplishment for so many years. He has secured significant Federal research funding of nearly half a Million Dollars annually for many years from Federal and Industrial Sources. He supports many doctoral and masters students in addition to involving many undergraduates in significant research activities. His overall journal and conference publication records of more than 300 articles are impressive. His publications have a high level of citation and impact to the level of more than 150 citations annually giving the university an excellent visibility in the power and energy systems field worldwide.

Professor Mohammed has given many invited and plenary presentation at National Laboratories, major universities and international conferences. His students consistently receive national awards for technical paper presentations and competitions. Dr. Mohammed is an elected IEEE Fellow; one of only four IEEE Fellows in the greater Miami area. He is also a Fellow of the Applied Computational Electromagnetic Society. In 2010, he received the highly prestigious IEEE Cyril Veinott Electromechanical Energy Conversion award.

He has established the Energy Systems Research Laboratory with the State of the Art Smart Grid Test-bed, which is considered one of the most important and unique facilities in Smart Grid Research around the world. He uses this state of the art facility to conduct the latest research and educational activities in the Energy Systems area for our university. Through his efforts, FIU has become known for research and education in power and energy systems. The national and international community has recognized Professor Mohammed for his many accomplishments and for this exemplary record of research productivity as well as graduating and placing of our graduates in the workforce.

One of his colleagues mentioned in his nomination “Professor Mohammed simply brings prestige and international recognition to our department, college and university. We are honored to have him as part of our ECE Department team. His drive, energy and consistent level of scientific accomplishment are hard to be matched.”

Another International Colleague mentioned “I am quite impressed by Professor Mohammed original and practical contributions. His pioneering work in computational electromagnetics is often cited in the literature and has been utilized in industries in USA and here in Japan for the design and analysis of electromechanical actuators in addition to commercial software packages. Professor Mohammed is a visionary leader and motivator for innovative works. He is well recognized world-wide for his scholarly and sustained leadership. His numerous awards and honors bear testimony to his contributions and leadership.”