The development of an online HIL based finite element intelligent optimization process was presented. The application of this optimization process was implemented in a laboratory-based set up and it was explained in details. We have also shown how a current adjustable load was used as an equivalent hardware representation of a motor drive example and can it be employed in an online population-based optimization process of the machine-drive system. It was also shown that the dynamic physics-based phase variable model of the machine, as a fast and accurate model can be used to indirectly link the machine design parameters to its drive circuit during a HIL based optimization process. In this optimization process, the dynamics effects of the drive on the machine performance during the design stage were taken into account. The performance measures as well as the physical properties of the example machine drive before and after optimization were compared together. It was observed that after the optimization, the area of copper, the area of magnet, the torque ripple, the speed ripple, the total harmonic distortion of the phase currents, and the total mass were improved in the final design. In addition, it was observed that the separate design of PM magnet machine without mentioning the dynamic and the constraints of drive may not satisfy the desirable performances. 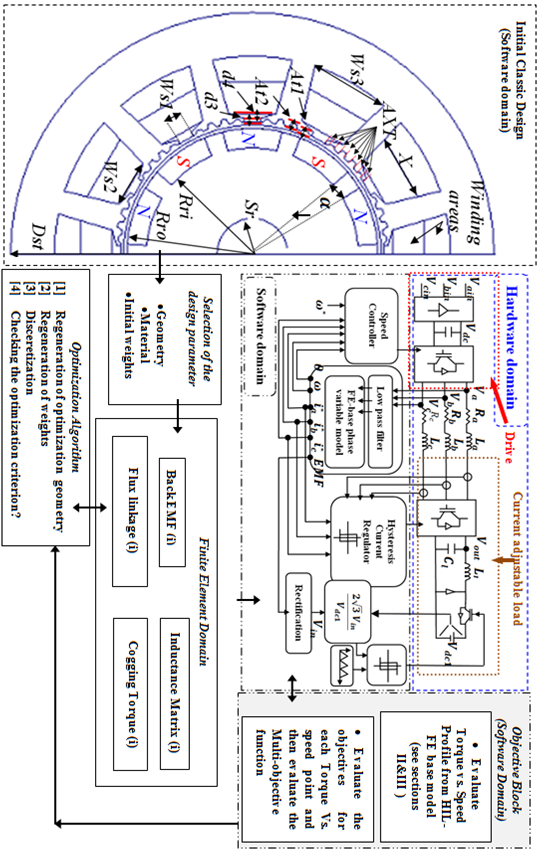 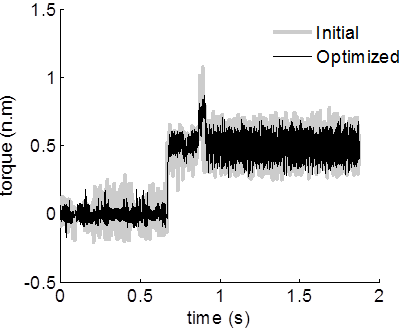 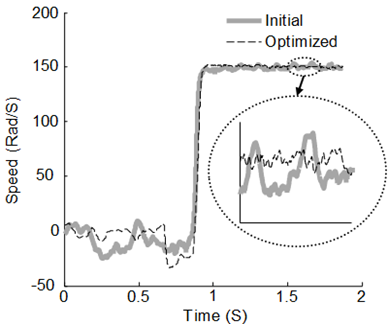 In this research, some of the geometrical design parameters of the machine were introduce as the optimization variables and the current drive circuit was seen as a black box. Indeed, this is helpful where the machine manufacture needs to make the design of their machines that is most compatible to a commercial drive existing in the market. Moreover, the introduced technique was developed for PM machine-drive systems. Similar approaches can be performed for other electromagnetic systems with similar prospective where the compatibility of under development and existing parts needs to be experimentally verified before actual prototyping.