The design of electrical machines is an empirical, application sensitive, iterative, and systematic process. In the design process, the computer-aided design of the PM machine either usually starts from the selection of the initial geometry and material from an existing machine design that has generally a close input-output performance to the desired machine. This is done normally using a case base reasoning (CBR) systems, or it is started by calculation of the initial geometry or material from classic design procedures. Obviously, these procedures might lead to the non-optimal design that the designer expects to succeed and therefore an iterative change of the initial design parameters supervised by a skilled engineering team is needed to optimize the design. Alternatively, this process can also be done through an artificial intelligence optimization-decision making algorithm to improve the initial design. Perceptibly, the second approach is attractive because it is less time consuming and less expensive approach to developing new devices or system.
Here, the performance enhancement of IPM machine using a hybrid multi-objective optimization of an IPM machine was done where the objectives were calculated from the physics-based model of the machine. A dynamic physics-based phase variable model of the machine, as a fast and accurate model, was used to indirectly link the machine design parameters to its drive circuit during optimization process, in this way, the dynamic effect of PWM IGBT sinusoidal current drive on machine performance during design process was taken into account. After optimization, the area of copper, the area of magnet, the torque ripple, the speed ripple, the total harmonic distortion of the phase currents, the total mass were reduced while the motor constant was increased. 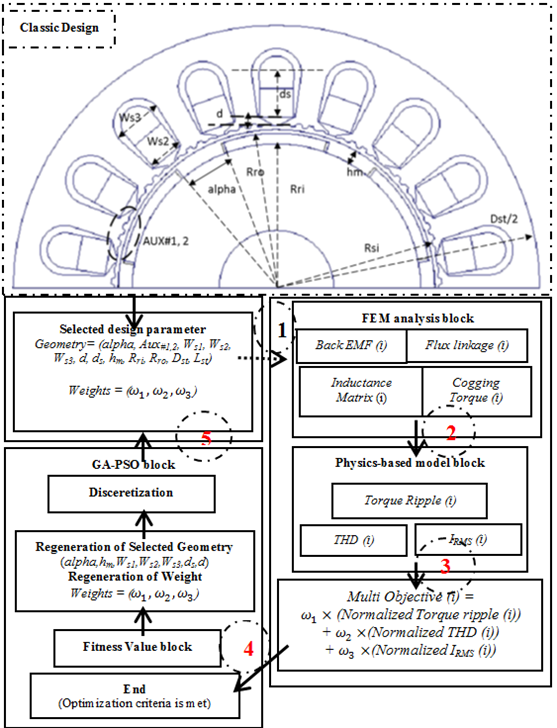 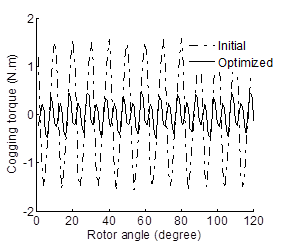 The cogging torque in initial and optimized design 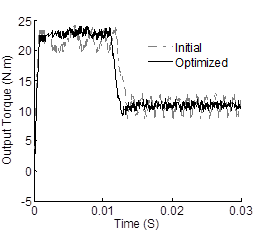 Total torque before and after optimization

Speed before and After Optimization

The current-back emf waveforms before  and after optimization 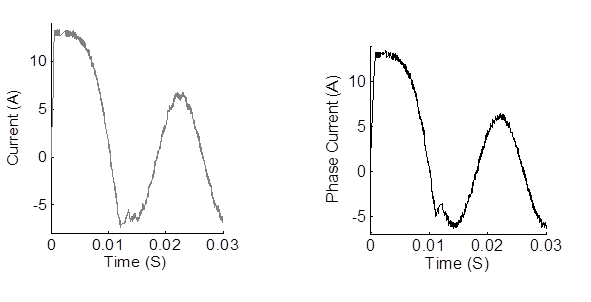 The Current waveforms before and after optimization