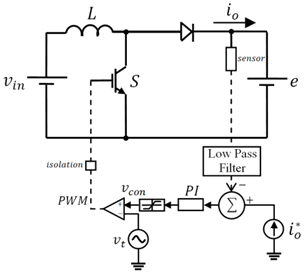 In this module of project, converter topologies, and their control, that can be used as an interface between fuel cells and the DC bus in a DC zonal electric distribution system (DC ZEDS) have been investigated. Performance of the conventional DC-DC boost converter has been discussed. Moreover, a modification has been applied to it in order to enhance its performance. The proposed converter’s performance has been compared to that of a conventional boost converter. The proposed topology gives a continuous output current and some other advantages over the conventional one. However, it is more complex. A comparative study of both techniques presented in this paper have been conducted from cost as well as performance point of view. A prototype system has been designed and simulated in MATLAB/SIMULINK to validate the proposed techniques. Moreover, they have been examined experimentally to verify the results and conclusions deduced out of the study. The constraints that have been taken into consideration the most while designing the prototype system are performance, weight and cost, respectively. Both simulation and experimental results show the effectiveness of the proposed technique and its validity as a DC-DC converter for fuel cells integration to DC ZEDS. 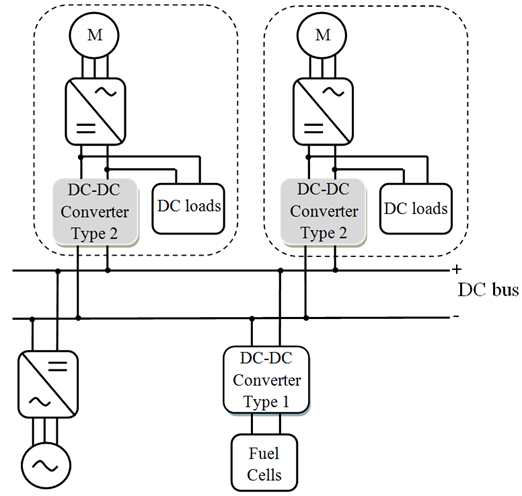 DC ZEDS under study, (Type 1 converter) is the one under study whereas; (Type 2 converter) can be a conventional controlled DC-DC boost converter. 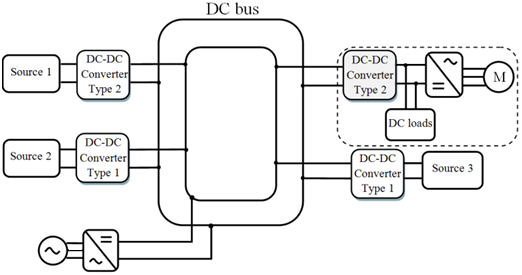 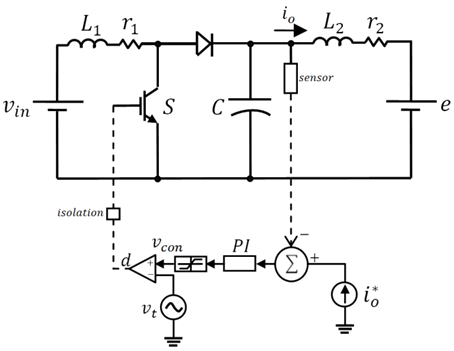