This project presents improvement technique for the power quality of the electrical part of a wind generation system with a self-excited induction generator (SEIG) which aims to optimize the utilization of wind power injected into the grid. To realize this goal, an uncontrolled rectifier-digitally controlled inverter (URDCI) system was proposed. The advantage of the proposed system is its simplicity due to less number of controlled switches which leads to less control complexity. The inverter system provides economic utilization of the wind generator by insuring unity power factor operation under different possible conditions. It also provides full control of active and reactive power injected into the grid using a digitally controlled voltage source inverter (VSI).

A voltage oriented control (VOC) scheme is presented in order to control the energy to be injected into the grid. In an attempt to minimize the harmonics in the inverter current and voltage and to avoid poor power quality of the wind energy conversion system (WECS), an LC filter is inserted between VOC VSI and the grid. The proposed technique was implemented by a digital signal processor (DSP TMS320F240) to verify the validity of the proposed model and show its practical superiority in renewable energy applications. 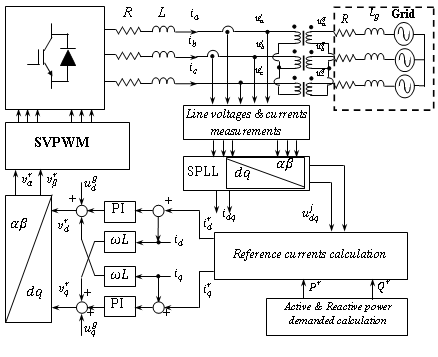 Schematic diagram of the proposed VOC VSI connected to the grid 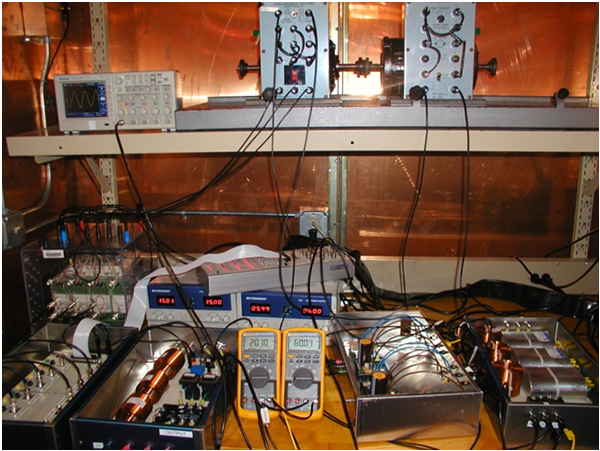 Laboratory prototype of the 250 W WECS connected to utility grid